"possibly the most contentious person on Earth"

Probably no SF writer in history has so polarised opinion as Harlan Ellison (1934 - 2018). And yet this polarity was not driven by his writing - most SF readers would agree he was a significant talent whose written work was generally good.  Indeed, his stories varied from the merely interesting to literary works of genuine worth. No, it was his brash, acerbic, confrontational character that divided fans. Though many, like me, tend to agree with many of his regular hobby-horse rants. Check out YouTube, to view some of his many cutting comments and rants on the modern world, film, fandom and stupidity.

Ellison was most famous for his short stories, as he wrote few novels, but with his short stories he hoovered up so many major awards in his heyday, he was widely regarded as the greatest SF short story writer of his time. Indeed he perhaps remains the genre's greatest short story writer of any time. His other main achievements were in developing and editing the famous SF anthologies Dangerous Visions, and Again, Dangerous Visions and for his screenwriting (including possibly the best Star Trek Original Series episode recorded: The City on the Edge of Forever). 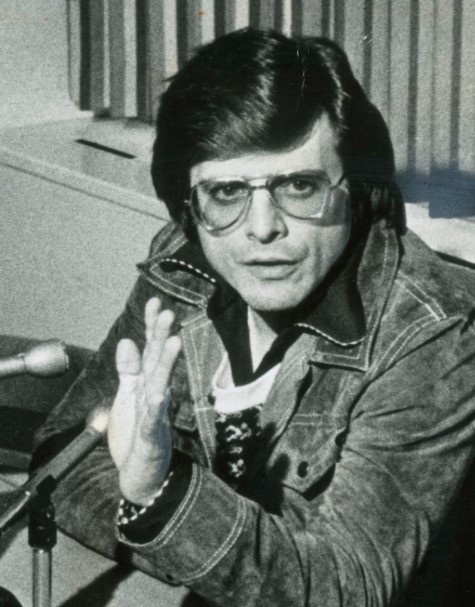 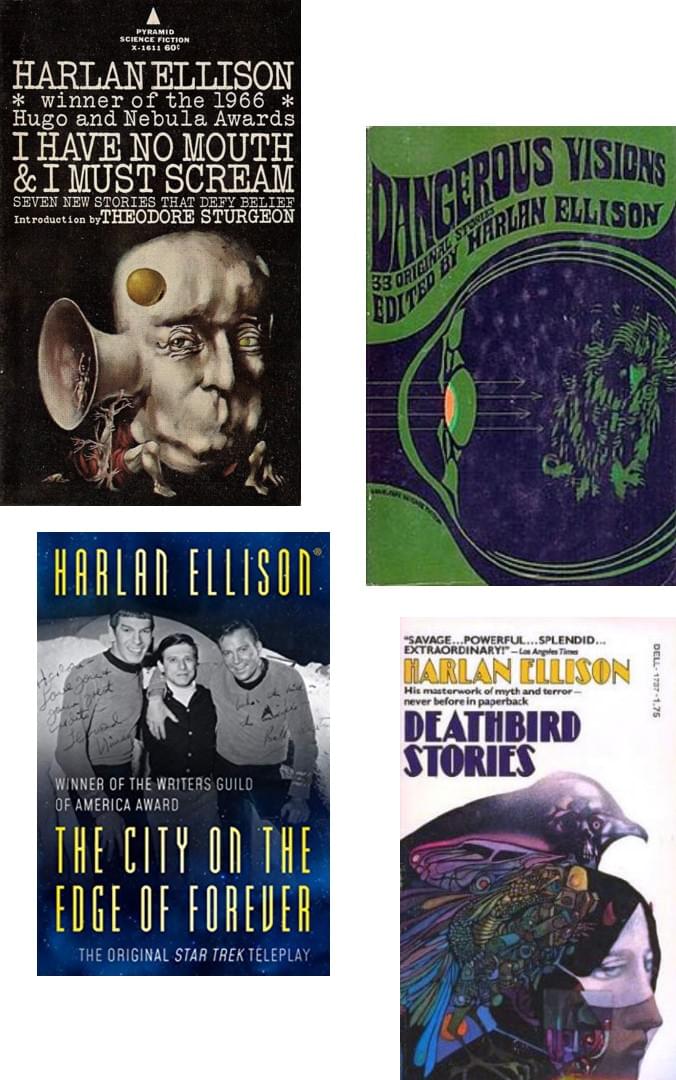 Collections
Harlan Ellison is most well known (and rightly so) for his short stories. Many of the best of these have been anthologised in SF collections by other editors, but he published many of them (following their appearance as stories in the SF magazines of the day) in his own collections. I've read a few of these collections and they are highly recommended. Most of Harlan's collections gather several of his latest stories published around the time of the collection (and generally not published in other books) as well as including numerous older pieces (i.e. from the 1950's) that have often not been collected previously either. The 'best' collections to seek out, in the sense that they mainly collect stories for the the first time in book-form at the time they were published (i.e. major books from Ellison's), are shown in bold in the list below.

Award-Winning Screenplays
The Outer Limits - Demon with a Glass Hand
Star Trek: The Original Series - The City on the Edge of Forever
[Harlan also wrote several scripts for The Twilight Zone and Babylon 5.] 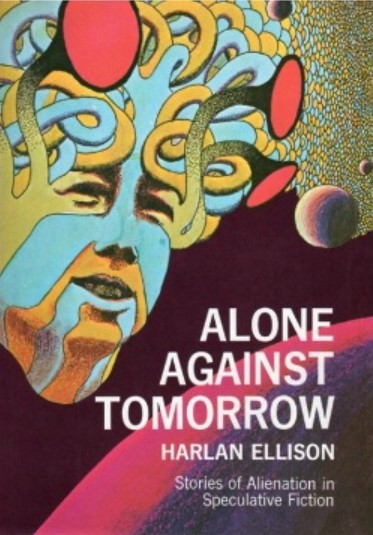 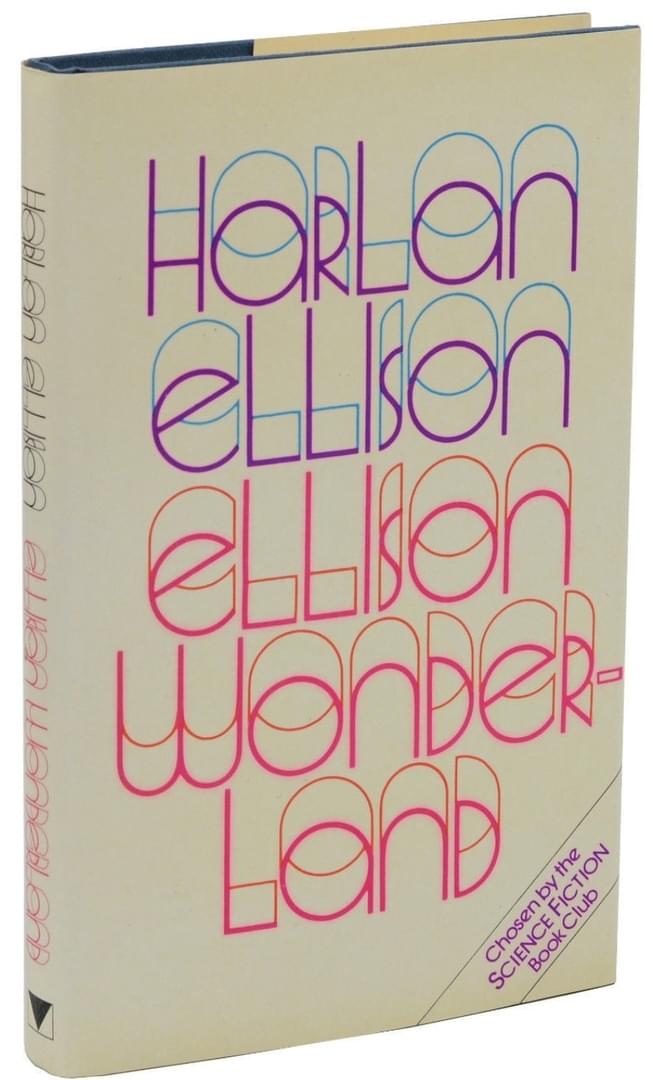 On Stupidity and Ignorance

I don't mind you thinking I'm stupid, but don't talk to me like I'm stupid.

The two most common elements in the universe are hydrogen and stupidity.

In these days of widespread illiteracy, functional illiteracy... anything that keeps people stupid is a felony.

The world is turning into a cesspool of imbeciles.

On Being Angry and Difficult

I'm like a snake sleeping on a rock. I won't bother you unless you poke a stick at me.

I go to bed angry every night, and I get up angrier every morning.

I don't remember anyone who could stand being in my company for more than five hours without running into the street.

On Writing and Literature

I don't think I've ever really been a science fiction writer. I'm closer to a fantasist, speculative fiction, whatever, but labels are ultimately derogatory, and I eschew them as best I can.

Everywhere I go, I find that writers are treated as if they are invisible, as if they don't matter.

Writing is the hardest work in the world. I have been a bricklayer and a truck driver, and I tell you – as if you haven't been told a million times already – that writing is harder. Lonelier. And nobler and more enriching.

It is not merely enough to love literature if one wishes to spend one's life as a writer. It is a dangerous undertaking on the most primitive level. For, it seems to me, the act of writing with serious intent involves enormous personal risk. It entails the ongoing courage for self-discovery. It means one will walk forever on the tightrope, with each new step presenting the possibility of learning a truth about oneself that is too terrible to bear.

There might be children in Somalia or the Arctic who have never heard of 'Hamlet' or the 'Great Gatsby.' But you can bet they know 'Tarzan.'

On TV and Technology

You watch enough TV, and very soon the inside of your head has become a vast, arid plain, across which you cannot detect the passage of a thought.

I hate when a director says to me 'Here's how I envision this scene'...excuse me? It's right here in the script - I 'envisioned' it FOR you. Do what I wrote. If you want to 'envision', you should become a writer. Where the fuck were you when the page was blank?

We've got technological wonders around us, and we've used them to abrogate all responsibility for everything in our lives.

If you make people think they're thinking, they'll love you; but if you really make them think, they'll hate you.

The minute people fall in love they become liars.