The Destroyermen series, by Taylor Anderson are alternate history novels, in which a WWI era "4-stacker" destroyer (USS Walker, Wickes-class destroyer DD-163), still in service in 1942, passes through a mysterious squall in the Indonesian seas, to be transported to an alternate Earth, populated by sentient raptors, lemur-like mammals, and no indigenous humans. The first book, which I've read, is very entertaining, and well paced. 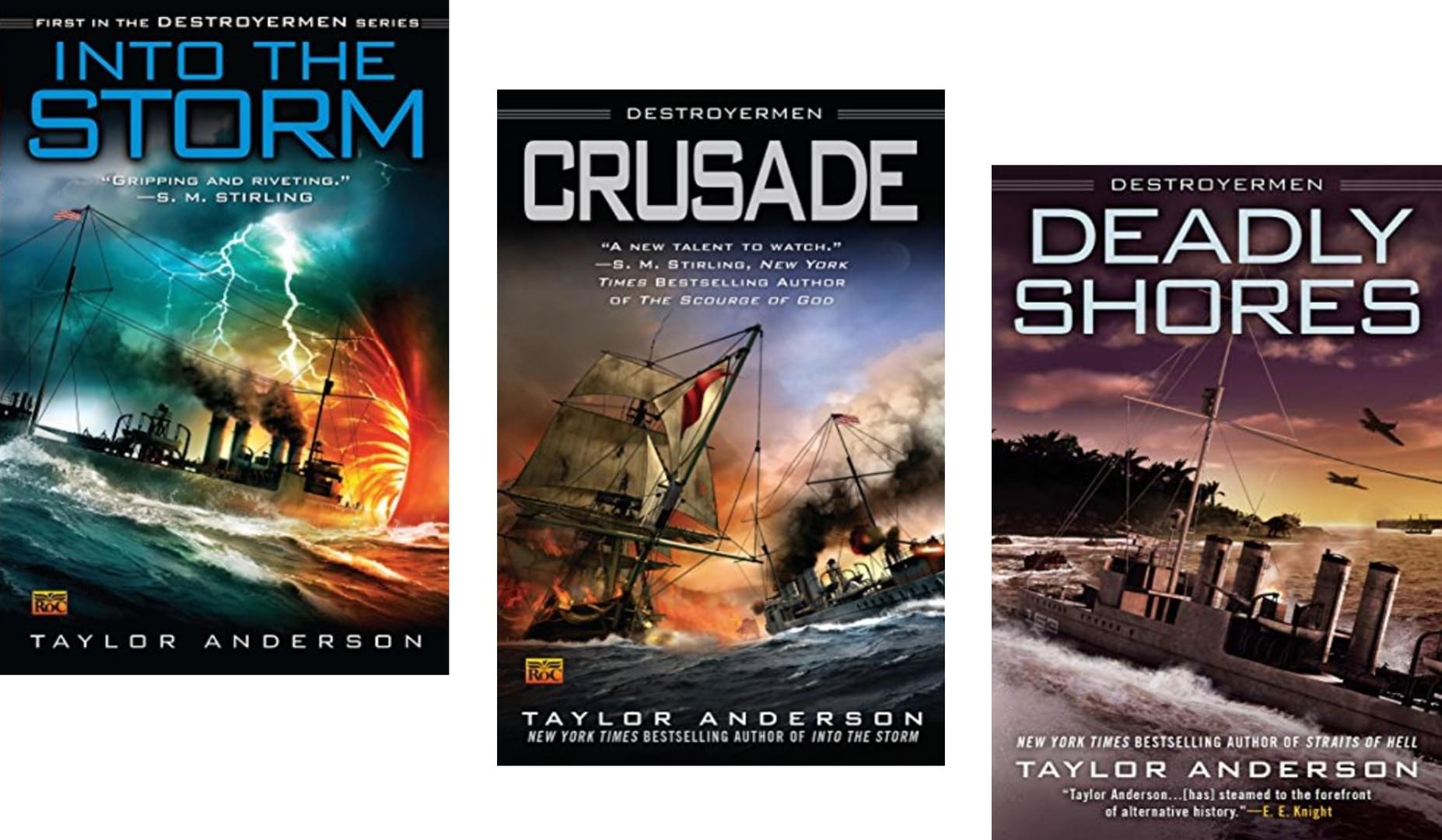 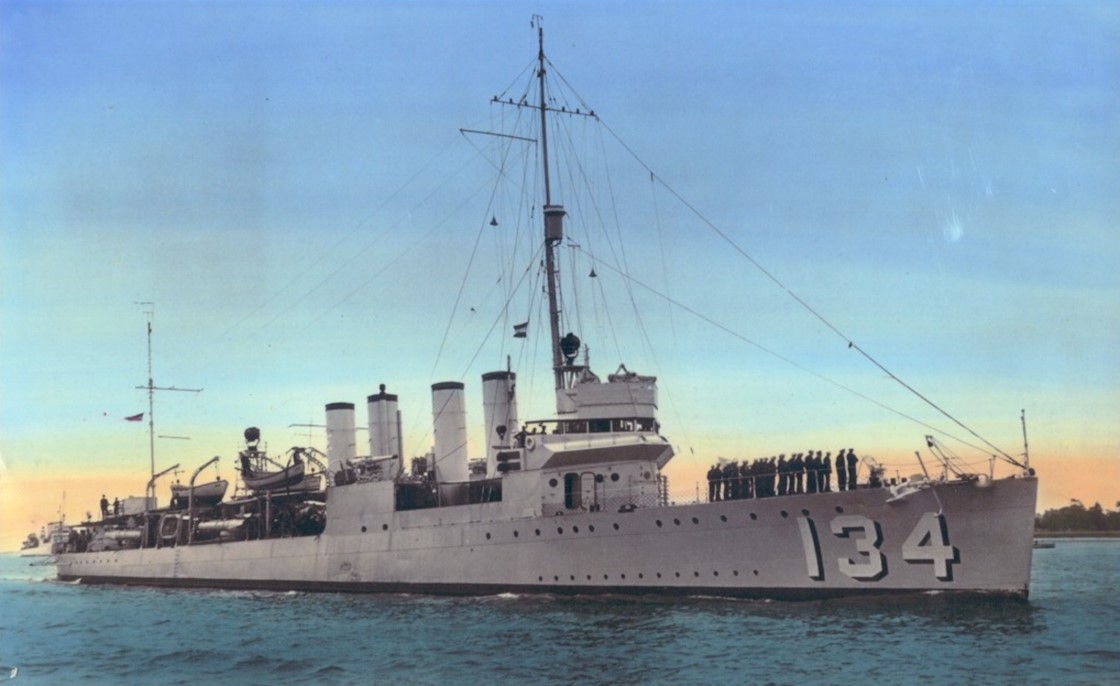 USS Williams (DD-134) - A Wickes-class destroyer, showing its relatively small size - see crew on bow. The Wickes-class destroyers comprised 111 destroyers built by the US Navy in 1917–19. Along with the 6 preceding Caldwell-class and 156 subsequent Clemson-class destroyers, they formed the "flush-deck" or "four-stack" type. Only a few were completed in time to serve in World War I, including USS Wickes, the lead ship of the class. While some were scrapped in the 1930s, the rest served through World War II.

This grainy photograph shows the actual DD-163, USS Walker. Walker was commissioned at the Boston Navy Yard on 31 January 1919. She spent most of her life based in San Diego, but was decommissioned in 1938 and on 28 December 1941, while being towed from San Diego to Pearl Harbor for use there as a damage control training vessel, Walker was cast adrift and scuttled. (The bombing of pearl Harbour earlier in the month made her relocation redundant).