Before he began his epic fantasy series A Game of Thrones, George R. R. Martin had made a very significant name for himself as a multiple Hugo award-winning science fiction writer, of mainly short stories, and also as the originator of the SF superhero universe Wild Cards. In the mid-1980's Martin ran a superhero role-playing game and in it he invented a scenario by which an alien virus infected the Earth, killing 90% of those it infected, turning 9% into awful mutants (Jokers) and the remaining 1% into superheroes with varied powers (Aces). In 1986 he arrnaged for the scenario to be written by himself and several writing colleagues, and the Wild Cards books series was born. With the first volume, Wild Cards I, the story unfolds from 1946 (the date of viral infection) though to the 1980's. The books are either collections of linked short-stories, or are mosaic novels written by a cast of regular Wild Cards writers. The writers, comprising the Wild Cards Trust have to date included many excellent SF writers, including George R. R. Martin, Roger Zelazny, Melinda Snodgrass, Walter Jon Williams, Pat Cadigan, David D. Levine, Carrie Vaughn, Daniel Abraham, Charles Stross, Max Gladstone, and Stephen Leigh. 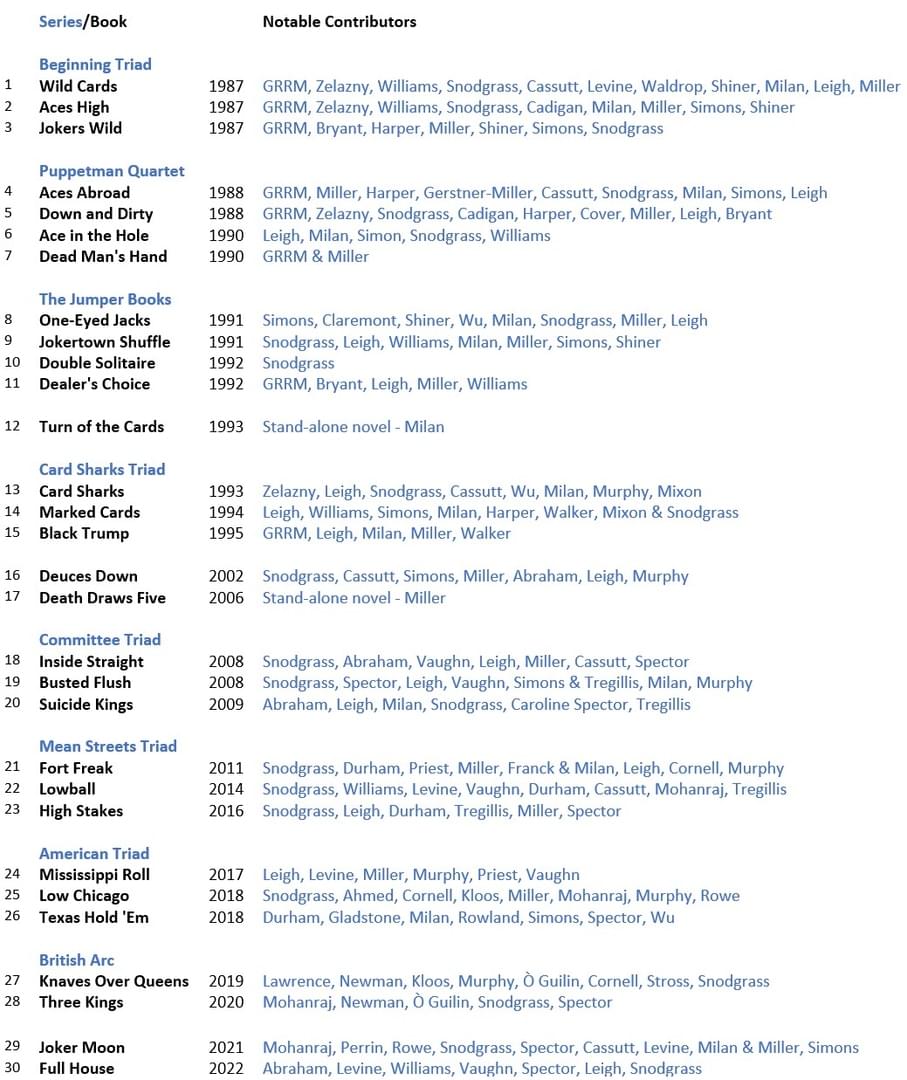 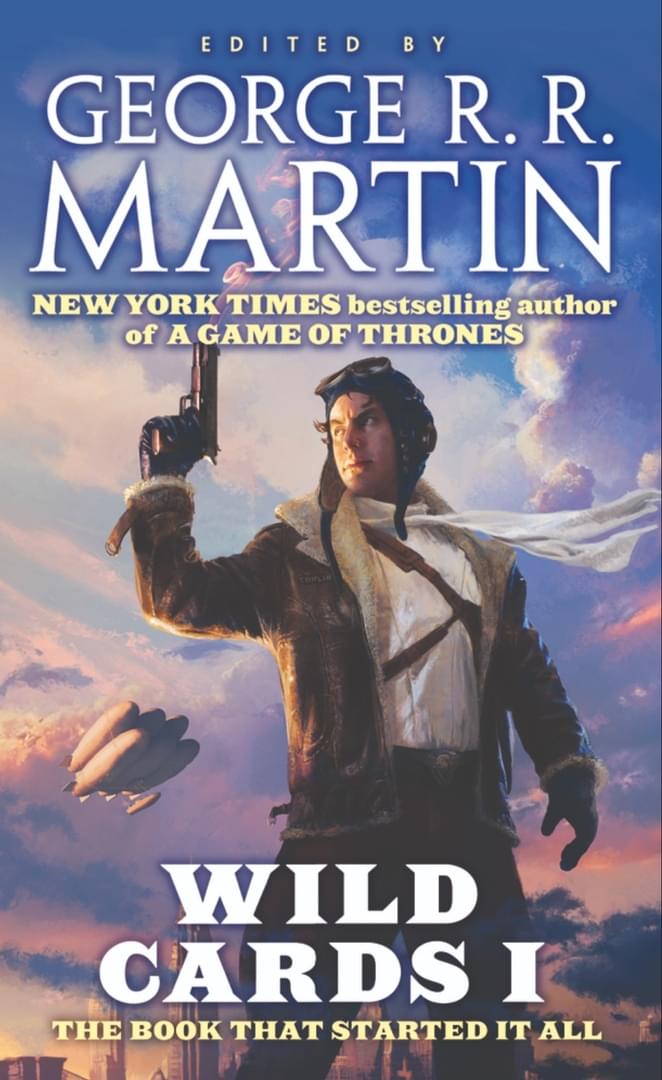 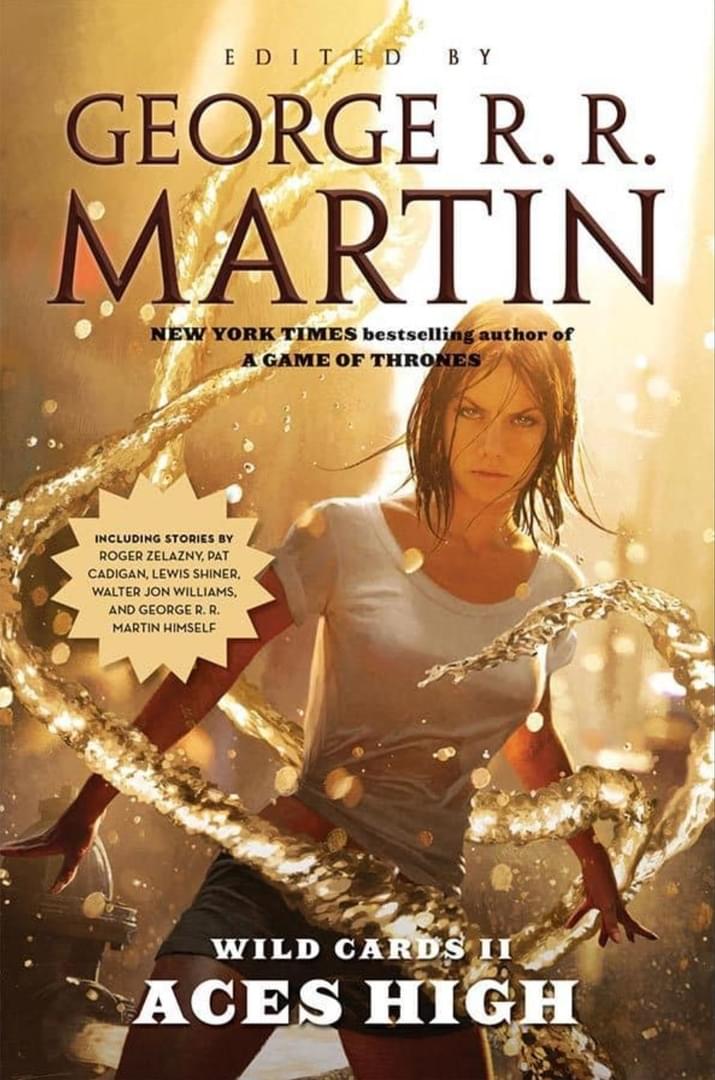 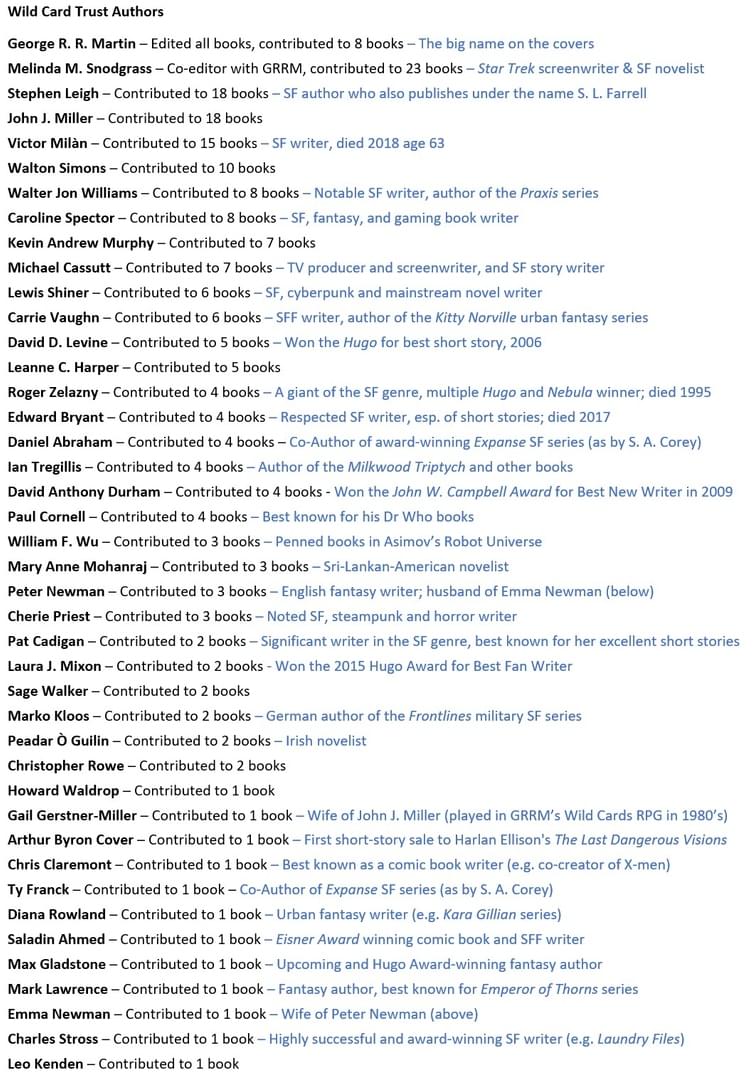